Guten Tag! What? German again? I thought we were in Austria! Well, as it happens, the people of Austria speak German because of a long and often-tumultuous history with Germany, the Austria-Hungarian Empire, and Bavaria. It’s interesting to think that in the grand scheme of things, Germany, Austria, and many of the surrounding nations are only recently independent nations. Salzburg – the town I have spent two and a half days in now – was, for the longest time, it’s own independent city-state, under the direction of the Archbishop rather than Bavaria or another country. 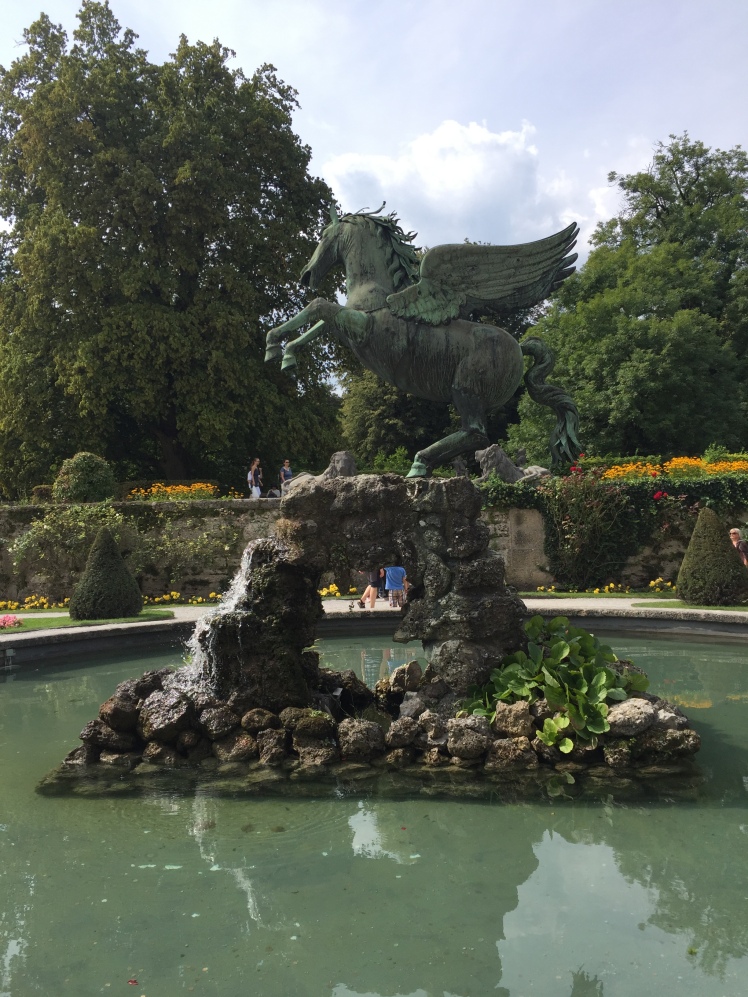 I was drawn to Salzburg originally because of The Sound of Music, a movie my mom and I make my dad and siblings watch in exchange for watching A Christmas Story every year. And just as I do with other movies I’ve seen dozens of times, I will be walking around with a single line or two on a loop in my head. This trip’s was:

“You mean to tell me that my children have been marching about Salzburg in nothing but some old drapes?!”

You can read about the film Sound of Music and its locations in Salzburg in my next post!

When I arrived in Salzburg early Friday morning, I walked immediately to my hostel. Knowing now that you can “download” certain areas on Google Maps and use them without wifi, I found it very easily. I picked up the free map the hostel (YoHo Youth Hostel), and began to mark in Sharpie where I wanted to go. And then I was off.

I started my wanderings at Mirabell Gardens, and this is where I ended up spending lovely hours reading and people watching. From there, I walked to Old Town on the other side of the river and found a bookshops, horse and carriage rides, cobblestone roads, fountains, and buildings that have stood unchanged since the fifteen hundreds. 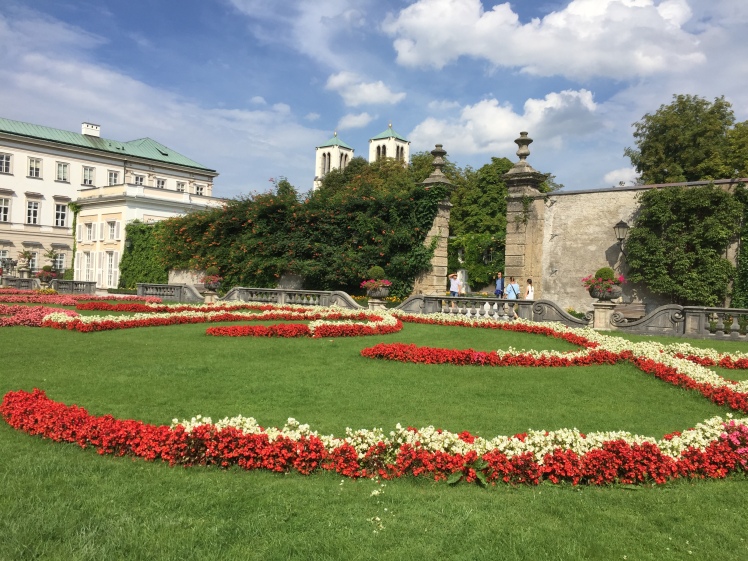 After picking up a book on the Von Trapp family, I headed to the Salzburg Christmas Museum. The lackadaisical Christmas lover might have thought that the 6 euro entry fee for five rooms was a bit exorbitant, but I love Christmas so much that I can hear my friends and family chuckling and shaking their heads right now. I looked at old Advent calendars, marched past the images of Krampus, stood in awe of a Victorian Christmas living room, and peered at old Christmas ornaments. It was magical. 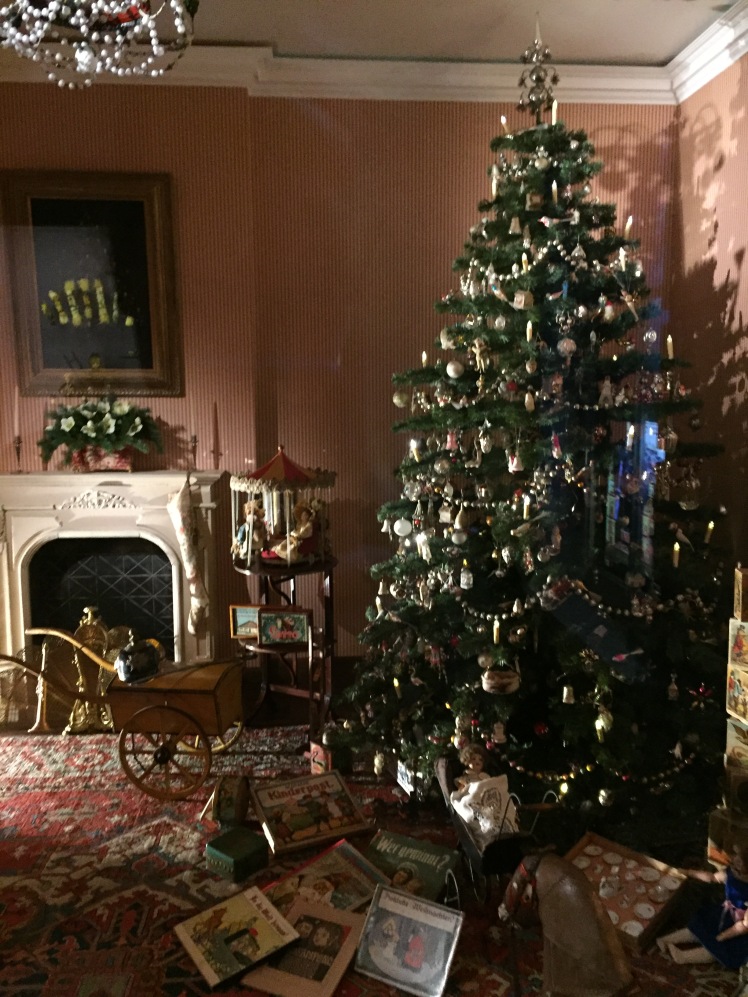 From there, I used the tram to get me up to the Salzburg Fortress – the second most visited site in all of Austria. It was what I had expected the Prague Castle to be – furnished with old fashioned furniture and paintings. It was exactly what you would expect royalty to live in, though no one had ever claimed it as a permanent residence. Now it hosts dinner concerts nightly for visitors who love Mozart. 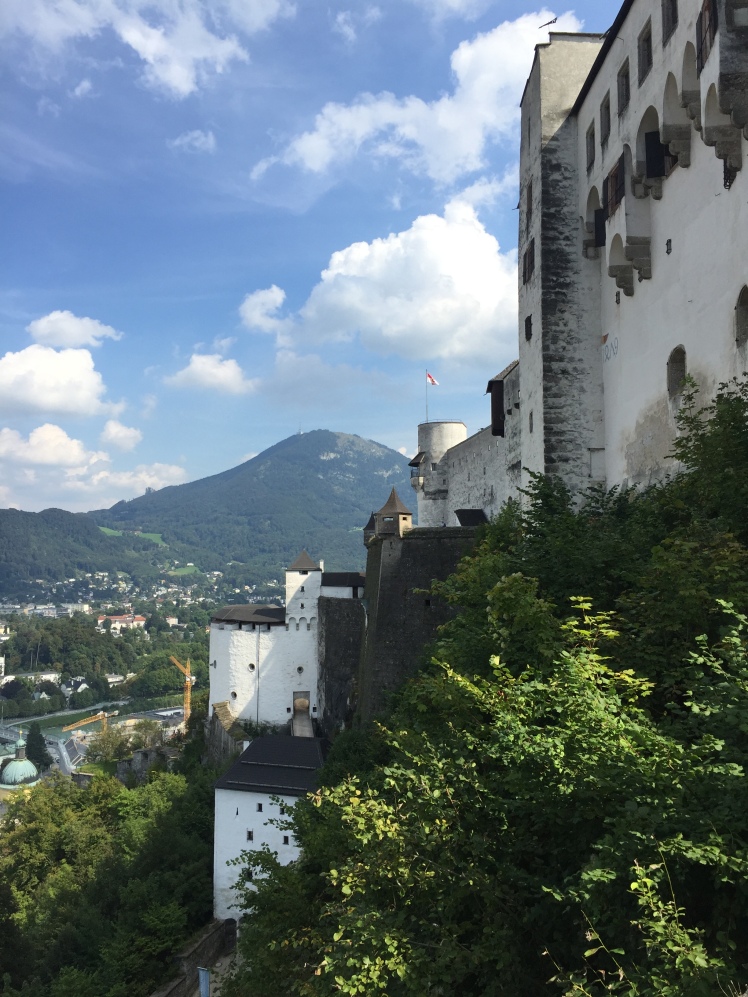 That is because Salzburg is Mozart’s birthplace. According to my tour guide from Saturday morning, Mozart is the only thing Salzburg cares about: not Sound of Music, Red Bull, or salt. There are museums and statues of him everywhere.

After the fortress, I took the tram back down to Old Town and visited St. Francis Church. Austria, like the Czech Republic, is another very Catholic country, and when I walked in some locals were praying the rosary in German. Though I know very little German, the repetition of the rosary allowed me to join in under my breath for a decade before walking around the inside of the church and taking a few pictures.

I came back to the hostel and joined in the thirty year long tradition of watching The Sound of Music every night. With my plate of fries from the bar, I laughed at some of the corny jokes with the rest of the hostel guests.  I was too tired to watch it all though – going to bed just as Maria was getting married. But I had to be well rested for the next morning!

In the morning, I joined the Fraulein Maria bike tour. I cannot recommend this tour enough! We visited many of the sites in the movie, learned facts about the behind-the-scenes work, and got to hear about the real live Von Trapp family. Apparently, Maria did not originally want to marry the captain, but she adored the children so much that she agreed. Later, she “came to love him more than anyone else.” It was wonderful to be able to explore the countryside outside of the city. We ended up traveling for ten miles!

I came back to the hostel to get ready for my travels the next day and to watch Me Before You on iTunes. I had just finished the book, and it made me appreciate my second watch of the movie all the more.

In the evening, I got a student “Category 2” ticket to a Mozart and Vivaldi concert in the Mirabell Palace’s Mirror Hall. It was beautiful. And because I got there at the minute they opened the door, I really think I got the best seat in the house – perhaps even better than those who bought more expensive “Category 1” tickets. The music was incredible – though it convinced I’ll probably never pick up the violin again (sorry, mom). But I will definitely continue to go to concerts as much as I can, it was almost overwhelming how wonderful it was. 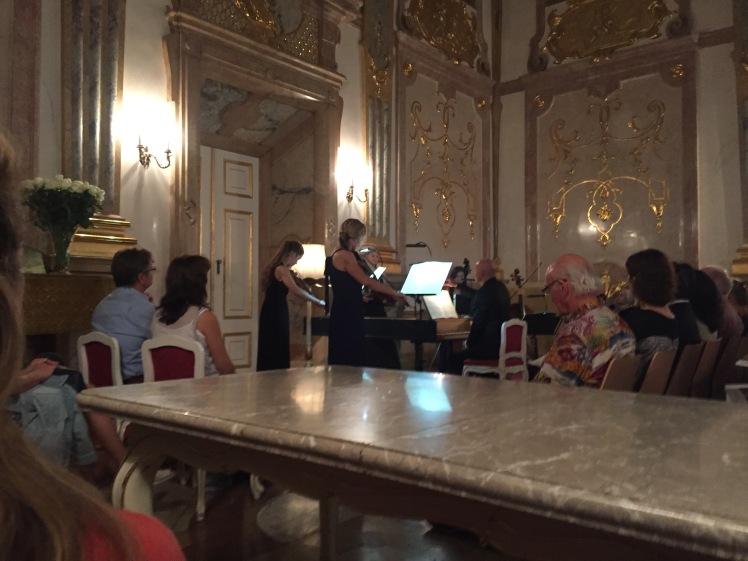 All in all, I had a wonderful time in Salzburg. And now that I’m leaving it, I realize there’s still so much to explore! I believe I’ll come back here again.