While the trip itself was fraught with emotion – specifically because the whole time I was without my clothes, toiletries, camera, and UK converter – I loved my first time in Scotland. The hills surrounding Edinburgh, the history shown in monuments and architecture, and the stories (which I learned day by day) all came together to create a beautiful and charming city. And though I walked more than I did throughout the rest of Europe, it gave me the feeling of closeness and intimacy, homeyness.

I arrived at Edinburgh Bus Station at 6:30 in the morning after an eight hour freezing (albeit cheap) bus ride from London Victoria. I found a Starbucks to peruse the free paper map I found at the bus station, and it was there I learned that the Elephant House was only about a fifteen minutes’ walk away. So, I finished my first cup of coffee to get a second. The Elephant House, for non-Potterheads, is the café that claims to be “the birthplace of Harry Potter,” a fantasy series by JK Rowling. She actually wrote many of the early books in several cafes around Edinburgh, but this one has a sign and awesome graffiti in its restroom.

After the Elephant House I continued on my solo Harry Potter tour past Greyfriar’s Bobby and into the adjoining church and graveyard. From this cemetery, Rowling apparently got a lot of the character names. I found a “Hopkirk,” “Riddel,” and “Scrymgeour.” I know a McGonagall is buried there too, but I could not find him or her.

I popped into the library for a quick visit, but whatever exceptional reading room friends of mine have seen, I could not find it. Not wanting to look like a fool and ask “so where’s the touristy part of this library?” I left and tried to remember the libraries of Prague and Vienna to keep myself cheerful.

From the library, I charged up the Royal Mile (the main thoroughfare through Old Town) to the Castle. Having now been there, I’m not sure the eight pound entrance fee is worth it, but it had some lovely views at the top, and the old Prisoners of War exhibit was very interesting. I thought it was adorable how the soldiers had a graveyard for their dogs, too.

After the castle I walked back down to Victoria Street, where I met a very pessimistic bookstore owner. To my “don’t you just love working here?” she replied “Um, no.” That caught me a bit off guard. She did perk up when I complimented her coat, however, and sent me towards a cheap vintage store – Armstrong – down the road. I found so many sweaters, cardigans, and coats. I could have spent my entire trip budget there. If my dad ends up getting a kilt (or a tweed suit), I recommend going there. And picking me up a £12 cashmere cardigan. 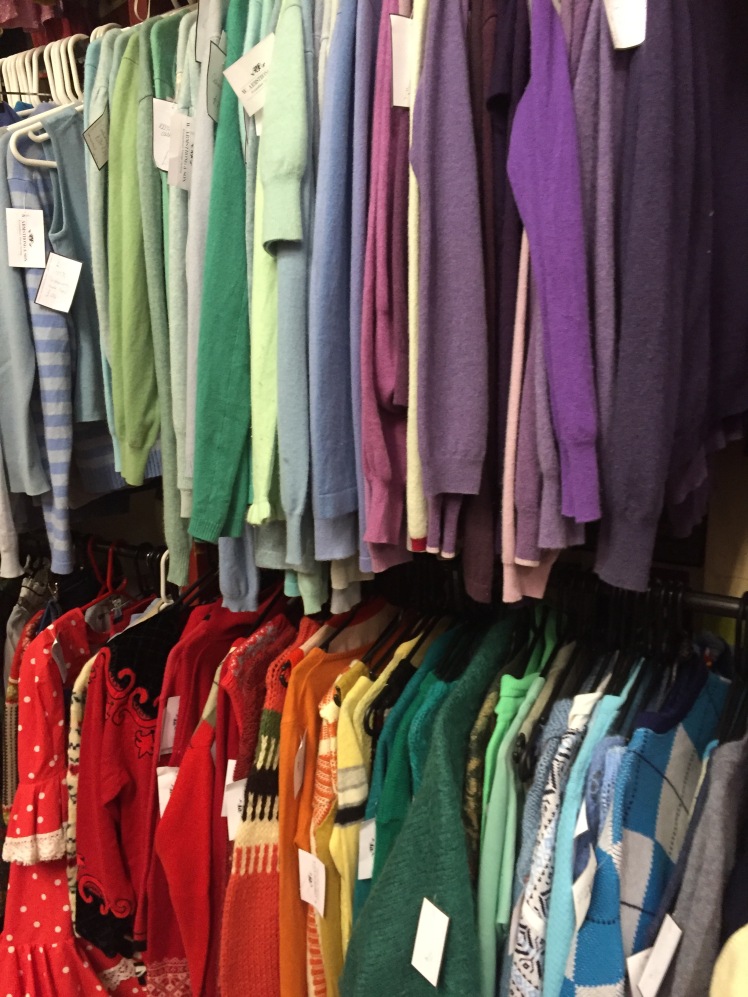 I also looked into St. Giles’ Cathedral, strolled through Princess Gardens, and did the Real Mary King’s Close walking tour. That tour was actually one of my best buys, I think. Played by actors, a maid from the 1600s guides you through the streets of Old Edinburgh – Mary King’s Close (alley) – where families, rich and poor used to live. We were not allowed to take pictures, but the storytelling from tours like that make it very accessible and easy to remember.

Exhausted, I fell into bed at the Phoenix Hostel on Princess Street and got ready for the next day.

I started the day with a leisurely hike up a volcano. I can almost see the head-tilting going on at the moment. A volcano in Scotland? Yes, actually. Long dormant, Arthur’s Seat rises above the city near Her Majesty’s Palace of Holyrood. It took a long time to get to the park (so long I had to stop in for coffee and chocolate muffin before continuing), and the initial climb was very difficult.

I’ve discovered that rainy, foggy days are my lot in life when I want to hike something impressive. Like in Norway, once I reached the top of Arthur’s Seat, I could only see the grass in front of me. The climb down was longer but less steep, so I took it more slowly, only slipping once on a patch of soft grass (thankfully not on the stone steps). I wound around the periphery of the park, stopping to climb once more up to St. Anthony’s ruins.

From the bottom, I climbed the whole Royal Mile from start (Holyrood Palace) to finish (Edinburgh Castle). I paused for lunch at Piemaker for an inexpensive but oh so delicious and warm scotch and steak pie. After a short walk back down to Victoria Street, I popped into the Writer’s Museum. My legs were close to not functioning anymore, however, so I walked back to the hostel for a nap.

My friend from St. Norbert, Lizzie Jazwiec, came to visit me in the evening. She is studying at Stirling University, so an afternoon trip to Edinburgh wasn’t too far away, thankfully. It was so nice to see a friend and familiar face. We took a free walking tour, which gave us even more funny and shocking stories about Edinburgh, and Lizzie even held an owl! A local falconer was advertising his charity and allowing passerby’s to hold Hazel.

In the morning, my backpack had still not arrived, so when I checked out of the hostel I let the manager know that I would come back later on for it – customer service assured me it was coming sometime between 8 am and 6 pm. Thanks, airlines.

The rest of my time in Edinburgh was spent in coffee shops and the library – where I could charge my dying devices – before I heard the news that my backpack had arrived. After not changing my clothes for 3 nights, I threw on new ones before leaving for good and heading to the train station. 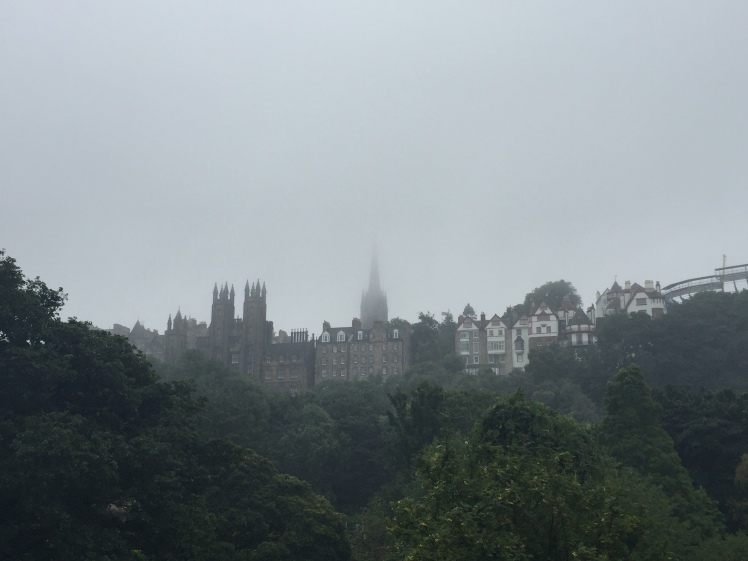 I cannot wait to come back to Edinburgh, only this time I’m only bringing a carry-on.