I spent this week being a tourist for the most part. I wouldn’t say I’ve adjusted to London or Goldsmiths life yet, but I think that will come once I’ve started classes. I got the first part of my timetable today: Social Change and Political Action on Thursdays. As for my other three classes, it’s anyone’s guess if I’ll get them or not. And did I mention we start classes on Monday? Yes, it’s the Friday before classes start and I still don’t have my schedule. Someone as A-type as I am usually doesn’t thrive in situations like this, but I’ve found that being over here I’ve actually let myself be a little more carefree, go-with-the-flow. When I get up, I check group chats to see if my friends are up to anything that day, and if I want to go along, I do. If not, I plan that morning what I want to do. This is a new step for me, and I doubt it will carry over once I go back to SNC, but it’s certainly nice to get a break.

When I wake up in the morning, which is usually around 9:00 or 10:00, I lounge around before going to fill two glasses: one with peach/white grape juice, and the other with frosted flakes. I don’t have any bowls yet, but this two glass system works fairly well. On the day after Hyde Park, I joined a small group of friends to visit the Tate Modern. The next day, I went to the Tower of London, Leadenhall Market, and Borough Market on my own.

Tate Modern is London’s Modern Art Museum. I was surprised, given how little about art I know, that I recognized some of the artist’s names. And while I don’t know if I’ll go back to finish the exhibits I missed, I’m definitely glad I went – I even found pieces that I really liked.

I had higher expectations for Leadenhall Market – the pictures make it look much bigger than it actually is. And I got there on a Thursday at 12:30, so all these men in suits were catching lunch together. Needless to say, my grey jumper and blue shorts were a bit out of place. (Jumper is British for sweater). 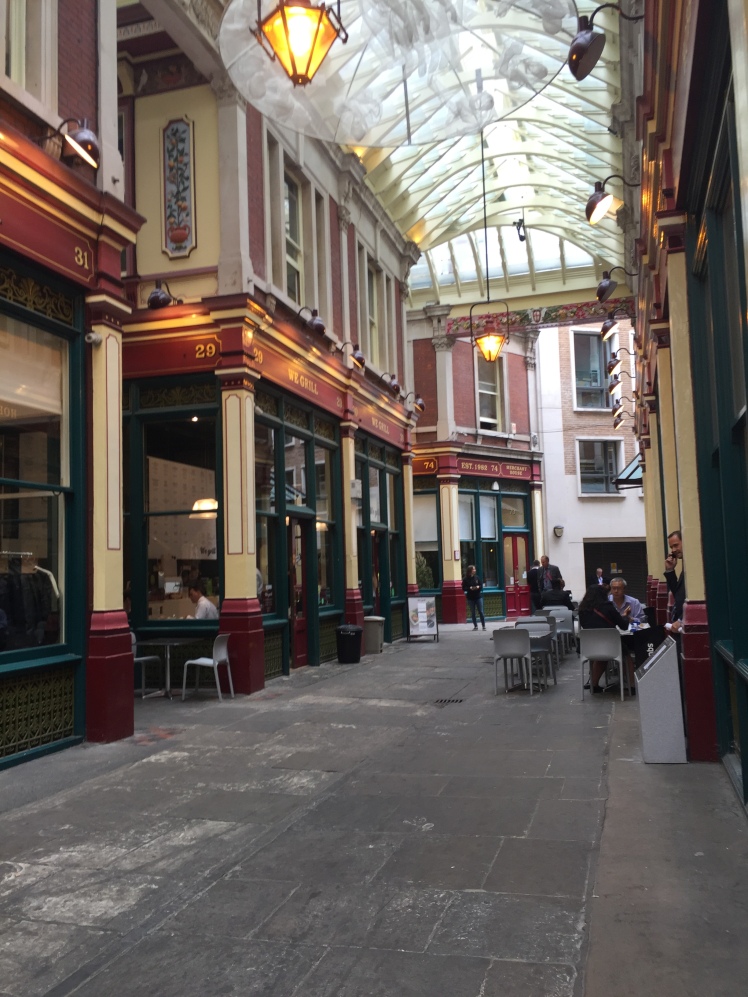 Borough Market was another place I expected to be bigger, but I liked the atmosphere much better. There seemed to be a lot of different types of people there, selling cakes, cheeses, meats, full meals, and fresh produce. 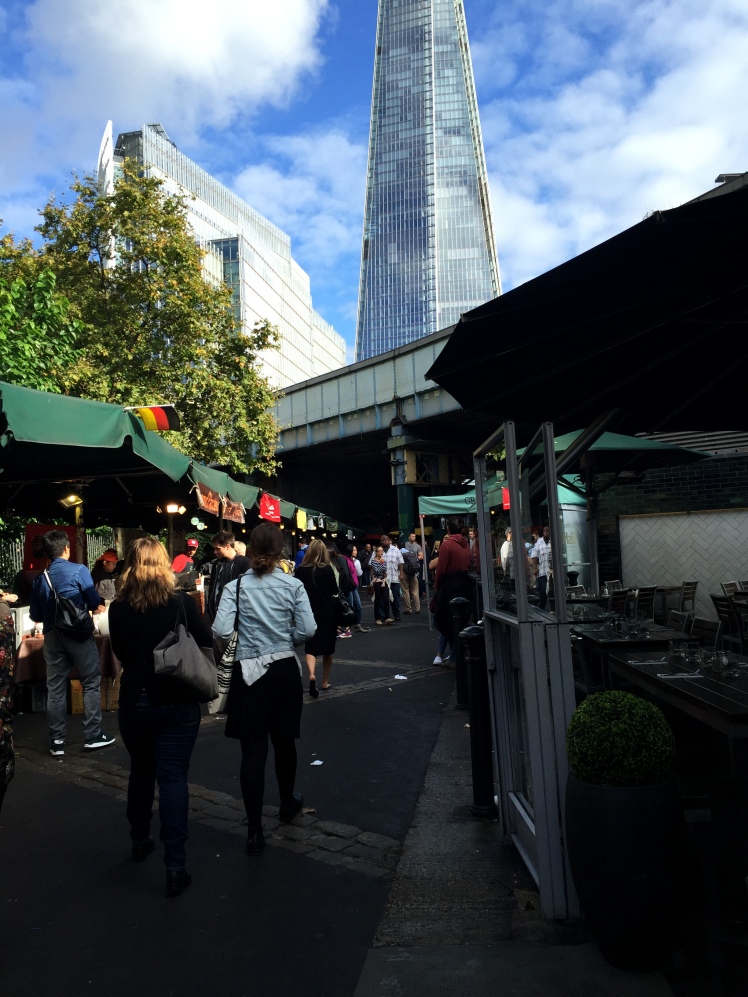 The Tower of London is the most popular tourist attraction in England. I would not have believed it, except I joined a guided walking tour from one of the tour’s yeoman – paid military men who live in, curate, and guard the tower and other castles in the country. The tour was in-depth and funny, and I came away knowing so many stories about England’s history. That’s further proof to me that people learn the most from well-told stories. 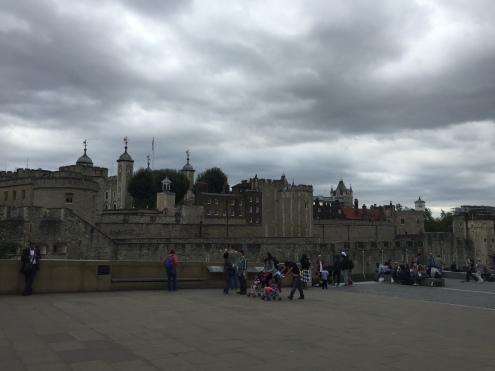 Today, my school sponsored a boat trip for international students. We cruised the Thames (pronounced “Temz”), until we had to make an unexpected stop due to engine malfunction. It must have been a pretty big malfunction because the fire-boat showed up, and our tour guide said that he had fulfilled his promise to make the tour “lit.” At first we thought we were going to get on another boat, but then they had us just walk to the nearest train station and go home.

In the next week, I’m looking forward to starting my classes, taking my first out of London trip, and seeing my parents next weekend!