I know I should start this blog post with either a “hello” or “good afternoon” in the Czech language, but I have honestly learned nothing in Czech. Everyone in Prague speaks such perfect English – at least in the places I have visited – that I haven’t had to listen closely to what locals are saying.

As I write this, I am barefoot in a park on an island on the main river in Prague. I would tell you what that river is, but because I am in a park I don’t have Internet – but you do if you’re reading this.

I have been as much of a tourist as I can these past 24 hours, seeing every site in bold on my hostel provided map including: the Klementium (and its FABULOUS Baroque Library), Prague Castle, St. Vitus’ Cathedral, Fred and Ginger dancing, the Astronomical Clock in Old Town Square, the Old Jewish Cemetery, the John Lennon Wall, and the famous Charles Bridge. 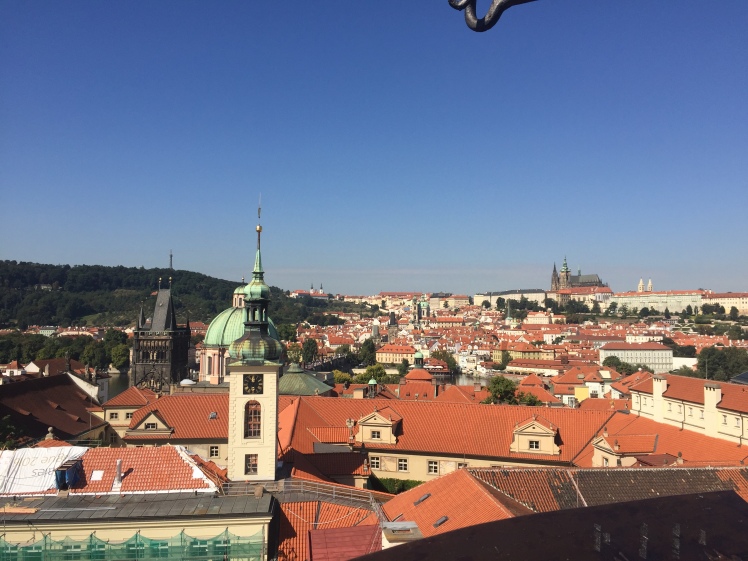 My connection to history continues to grow as I make my way across Europe. “The Trolley Song” from Meet Me in St. Louis (set in 1910) has been playing in my head all day because the trolleys here make the same dinging sound. All the tourist destinations I mentioned before have been here for hundreds of years. The Jewish Cemetery resides in the only Jewish ghetto in Prague, and the museum houses children’s pictures of the times spent there and the nearby concentration camp.

Not only is Prague a historical city, it is a Catholic city with a capitol C. All across Charles Bridge are statues of Catholic saints and images of the Stations of the Cross. There are more cathedrals and churches, it seems, than pubs (just kidding). 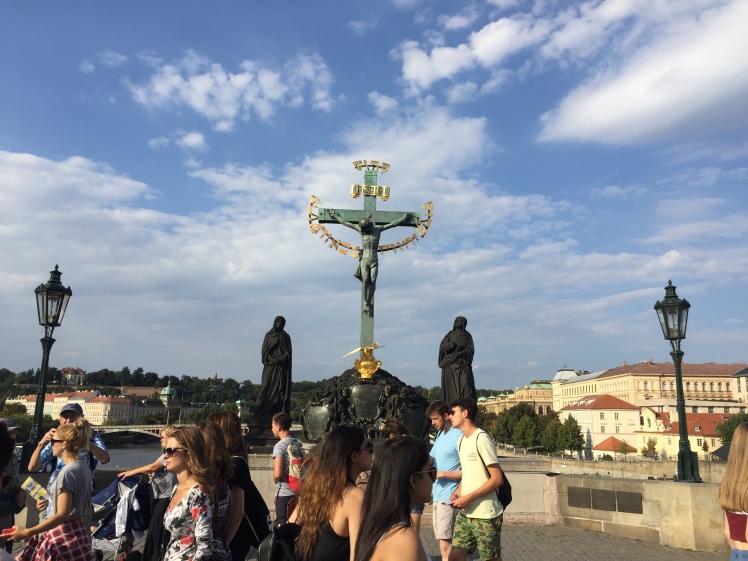 St. Vitus’ Cathedral in the Castle complex is the most striking church I’ve ever seen. The first time I went through, I took more pictures than anyone besides myself will ever care enough to look through. But the pictures don’t do it justice. As soon as you step inside – and realize this Cathedral held saints, kings, and other royalty – the temperature drops to a comfortable, cool feeling. The smell is different too, slightly wet, I thought, as if you are in a deep cave. It’s dim and intimate, but this only sets off the detail in the stained glass on the walls more clearly. I ended up visiting twice because I wanted to do one walk-through without taking my phone out for photos and just take the space into my memory – exercising the slow-paced tourism I’ve tried to adopt since experiencing Marburg.

Many people talk about climbing the astronomical tower in Old Town Square, but I climbed a different one inside the Prague National Library: the Klementium. Originally founded by the Jesuits (who either left or were kicked out), the Klementium houses 6 million books, and the world’s most beautiful library. On my tour I got to see the Mirror Chapel, the astronomical tower and its views, and the Baroque Library.

I thought I might die of elation standing there in what can only be described as my dream library.

The Prague Castle is very old, but also very plain – nothing compared to the cathedral it houses within its walls. But, considering it’s stood for hundreds of years and that actual monarchs used to reign within its council chambers, I have to admit, it was cool to be there.

The John Lennon wall was neat too; you could spend an hour there just trying to read what others have written – and then add your own message! I did not paint anything, but I did get a German girl to take my picture. 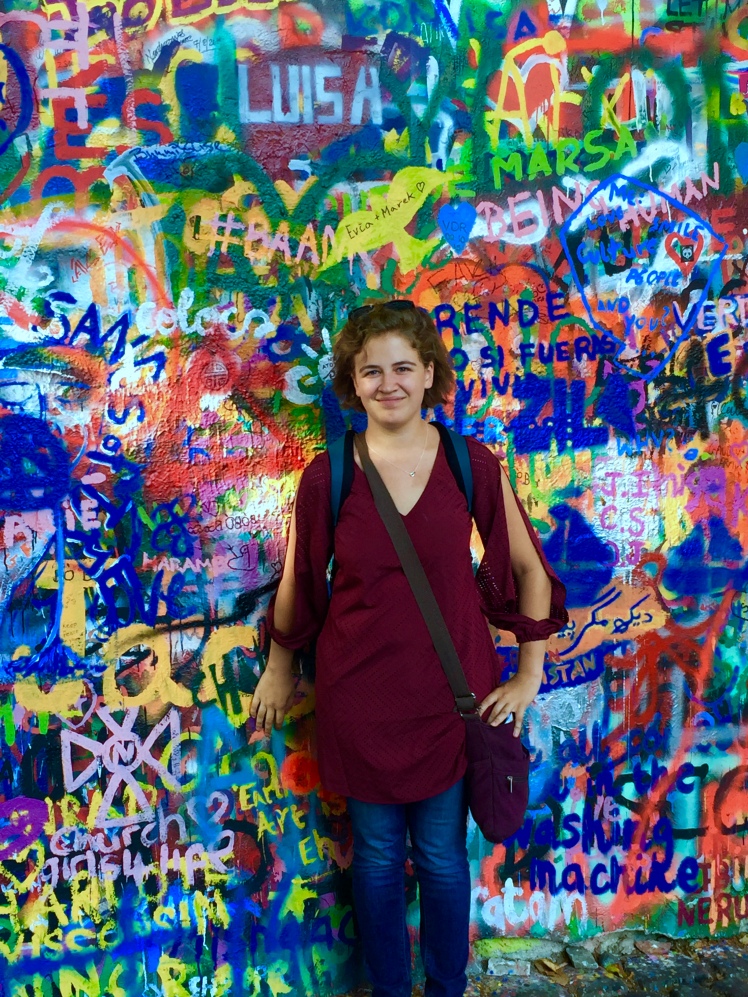 Fred and Ginger dancing – a set of two office buildings – were underwhelming at best, but what can you expect after such a wonderful day?

For the rest of the night, I will head back to the hostel to collect my bags, edit some photos and get ready to put them on my blog, and then head down to the bus station. I’m off to the fourth leg of my journey in Europe!

Also – happy wrist band night to all of my Plymouth family and friends! I haven’t gotten the food plan from my dad yet, but I would imagine my family will be eating mainly from the Lions stand tonight. Corn and grilled cheeses sound pretty great right now 🙂