We have been in Louisville just one month, and right on time, about a week ago, my homesickness for Wisconsin began to set in. I knew it would come in about that time because that was about the time into my backpacking trip that I started to feel particularly homesick (check out the Vienna post if you like).

There were a few things that triggered me missing the land of the Cheeseheads. First, when I last went grocery shopping I passed by the cheese counter and guess what should be sitting towards the corner but…Bellavitano Sartori cheese! Later, Henry had to take off for work again, but I joined a few folks for a baseball game. Despite the fun we had, I couldn’t help but miss my friends back in Wisconsin (or scattered themselves across the country).

Despite not being a large city, Louisville is still urban enough for me that I need to get used to it. One way streets, airplanes flying overhead, and so much parallel parking is throwing me off. Last night I left my apartment around 5:30 for just a quick Target run, not even considering that departing at that time meant that I was merging right into rush hour traffic – something I never deal with in Green Bay, let alone Plymouth!

And lastly, I visited a small town a couple hours south of where I am for a panel discussion on involvement in democracy. All of Kentucky’s main cities are in the north and central parts of the state, so I had to drive through forest and small towns to get there. Once we I got to downtown Corbin, I suddenly realized I was standing in almost a carbon copy of downtown Sheboygan Falls. As I left the town, I set my GPS for Culver’s because I was suddenly in need of a butterburger and custard.

Even though homesickness is never fun to deal with, I know exactly how to deal with it. When I was in Vienna and it was storming, I was ready to give up until one afternoon I decided to try one more visit: the library. I was overawed by their beautiful library, and it gave me the energy to keep touring around despite how I felt inside — until I forgot all about being homesick. 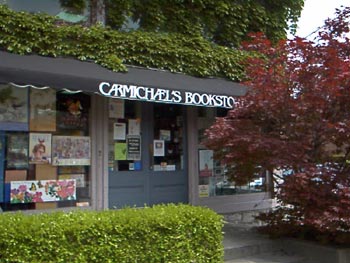 So what can I do here? There are lots of bookstores around, as well as coffee shops and libraries I haven’t even driven by yet. I can add more color to my apartment (the white is driving me mad), and some live plants! I can keep on writing, but start moving out of the apartment and into other places (like the aforementioned libraries and coffee shops). And, I can keep on fostering new friendships!

Do I miss my cheesy motherland? Yes, I do. Am I very much looking forward to becoming more acquainted with Louisville? Absolutely.